The Mushroom House compilation is a collection of balearic, afro and cosmic disco tracks that have been released on several Toy Tonics EPs over the last 5 years. Toy Tonics now releases some of these EPs on a double vinyl together. This is the second part. Featuring eleven tracks. (Vol 1 was released in 2020.)

A few of the tracks had been already released on Gomma records. The now sleeping indie-electronica label that was the „mother“ of Toy Tonics records. Some were made exclusively for Toy Tonics.

Toy Tonics loves Europe. And so we thought it could be nice to make a musical statement: Let’s give a little sign in these times of Brexit and Anti-European autocratic tendencies in many European countries:
So our brother Kapote made the EURO DISCO REWORKS.
5 rare European disco and new wave tracks from the 1980ies. From Italy, Germany, England, Spain and Turkey (Yes, we want Turkey in Europe, but without their dictator Erdogan).
Please enjoy these reworks that Kapote made for his own DJ sets (years ago) – and now we release for the end of the year – just on BANDCAMP. For a limited period. That shit is a bomb! 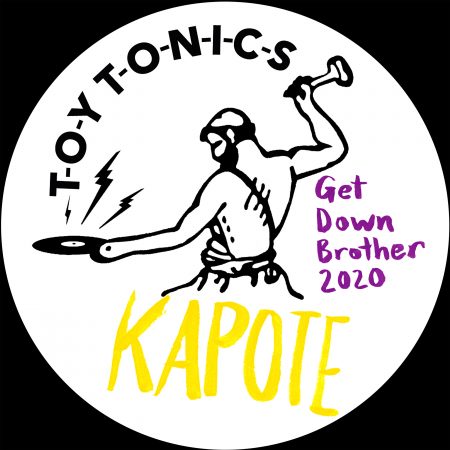 This is a short version of a nasty hip house track that Toy Tonics boss Kapote released on his “What it is” album from last year. The track only got released as a long version. But the track got so much feedback that it made sense to make this new short version. 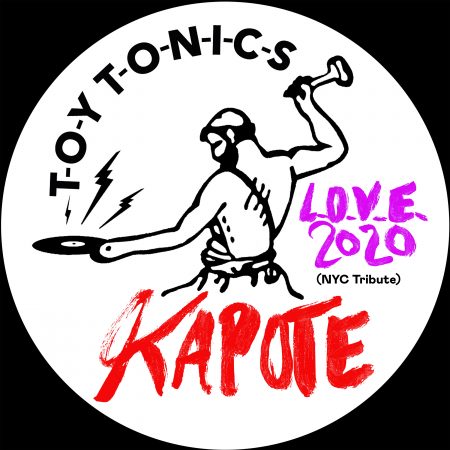 As Toy Tonics has several artists from that town so much shaked by Corona the song is dedicated to the NYC music scene.

3 remixes from Kapote’s album material. Banger all the way.

This is a fresh cocktail for the summer. Sano from Medellín, Colombia (who released on Cómeme and Public Possession) and Toy Tonics head honcho Kapote created these 4 latin percussion tools for balearic DJ sets.
The guys met in Sevilla where they were booked as DJs and had a good time: Talking about Narco books, puertorican rhythm culture, their salsa heroes and favorite descargas. In fact Kapote has a heavy addiction for latin american music and collects salsa vinyl since a long time.
The vibe was set after a few bocadillos and spanish wines and they planned to do something together. So here you get the result: The music was made half in Kapote’s Berlin studio and half in Sano’s Barcelona home. Rhythm section on Wawanko courtesy of Phran from Venezuela (Sano’s studio partner in Barcelona).
Fun fact: Sano made three records on Public Possession. The Munich label made by Marvin & Valentino. Before starting Public Possession Valentino used to work for Gomma/Toy Tonics and he started to dj at the early days Gomma/Toy Tonics partys. The world is small.

The first album on Toy Tonics. The debut album of Toy Tonics labelboss Kapote. And it’s kind of a manifesto of the label’s sound: a perfect blend of Jazzfunk and Slow House. With a lot of live instruments, solos, clever using of rare samples and a wide range of musical inspirations.

But who is Kapote?
If you are a Toy Tonics follower you know: he is one of the two guys running the label. The mysterious person never showing his face. Always appearing next to Munk – the other Toy Tonic boss. But well, it’s time to solve the little mystery. As it was obvious for many anyway:
Kapote is Munk! It’s the same person. It’s Mathias Modica. The Italo- German music nerd, labelowner, vinyl collector, keybord wizzard, DJ und producer based in Berlin.

There have been millions of typical disco edits in the last years. But there is so much more interesting music from the late 1970s and early 80s yet to bubble its way to the surface. One of those lesser explored fields is the crazy funky side of Germany’s underground disco and new wave from that period. At the time, many German bands were trying to make their own version of English and American styles. After Kraftwerk and Can had started to use the German language in a cool, new way, many bands that followed in their steps experimented with German new wave. Most of these bands didn’t reach a bigger audience. Their records never got pressed to more than 300 – 500 copies as they were a number of years ahead of the huge commercial explosion of German pop in 1984: The NDW aka “Neue Deutsche Welle”, with Nena’s humongous hit 99 Red Balloons. The bands featured on the compilation released their music before the NDW hype and later broke up. Plenty of these early bands are best forgotten but if you dig deeper you’ll find the gems, bursting with style and attitude. And that’s just what Toy Tonics heads Mathias Munk Modica & Kapote did. They hit gold.